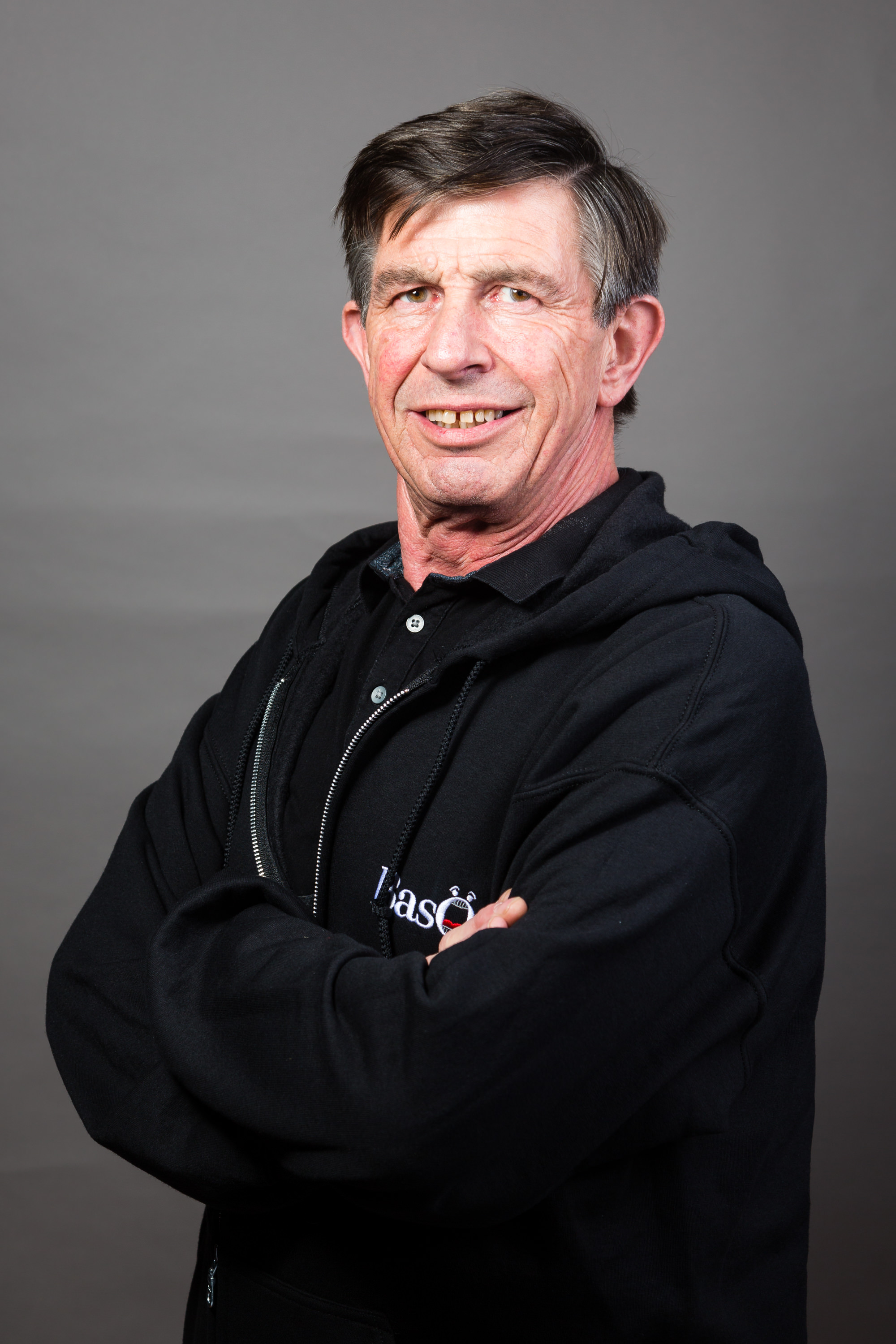 Dave joined BASOP back in 1993, his father heard him singing whilst laying under the car fixing a hole in the exhaust pipe, with a baked bean tin and three jubilee clips, (other clips are available) and said to Dave ” you will be interested in doing something I do on a tuesday evening.” “I’ll pick you up at seven thirty” were his parting words. Dave’s wife was very proud as she watched his father drag him kicking and screaming to the car saying “you WILL like it”.
Well its now quite a few years on and Dave is still performing with BasOp. The first character role was playing an 18 year old apprentice called Noah Claypole in “Oliver” when he was 36! He still has those boyish looks. He has played a number of roles over the years; the Pirate king for BasOp’s 70th anniversary in 2000, Moonface Martin from ‘Anything Goes’, Brannigan and Big Jule from ‘Guys and Dolls’, and a number of others.  Dave has taken up ensemble roles including a pirate, a policeman, a doctor, a tramp, a beggar, a triple character role in ‘under milk wood’ playing Mr Waldo, Mr Pugh & the faithful Organ Morgan and even a little Shakespere with the role of Dogberry in ‘Much Ado About Nothing’.  Dave has taken on some professional work for 20th Century, ITV, BBC and Sky 1.  He has played supporting cast in 9 movies including ‘V’ for Vendetta, the nasty soldier who hits Steven Fry and the aide to Albert Finney in Amazing Grace.  Dave has also appeared in 15 Bollywood movies, played a chief inspector of police in a trilogy, co-lead in the film ‘Short’ made for the international short film awards in Hollywood where he played a cockney Jewish father from East London, and a supporting lead in the film 7 ‘Welcome to London’ he was the announcer.  After taking a break from BasOp Dave is glad to be back amongst some old friends and loves working with the new and young members. The enthusiasm in the members has remained the same, even if some of the bodies are not so keen!