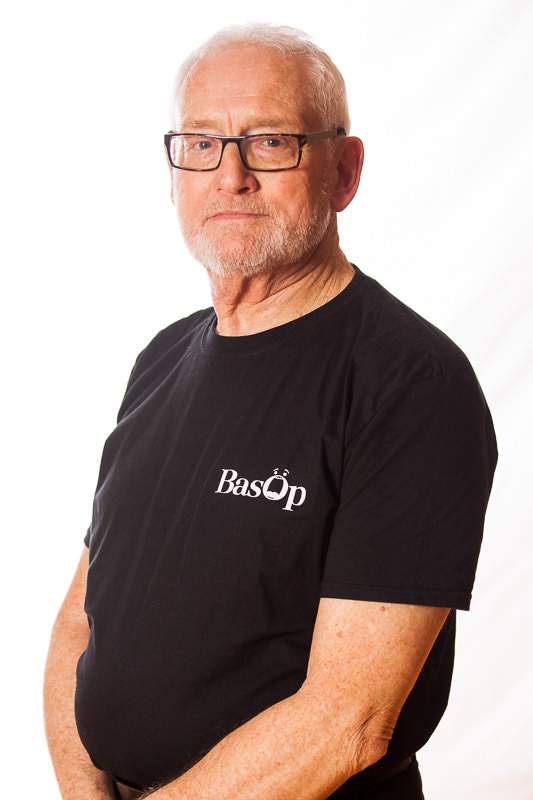 Fred began his stage ‘career’ as a very young boy with a solo spot in the legendary Ralph Reader boy scouts ‘Gang Show’, singing about a ‘Rose in a Garden of Weeds’. Over the years, some of the weeding has been done as Fred went on to sing in church choirs, pubs, clubs and holiday camps all over the country! Since joining BasOp, he has played many character parts ranging from President Roosevelt to a Nazi as well as singing as a member of the BasOp choir in their annual Christmas Concerts. Sweet Charity has long been one of Fred’s favourite musicals, due largely to the wonderful Bob Fosse choreography so Fred was thrilled to play the part of Herman the boss of the Fandango Night Club in the 2015 production. Fred’s commitment to BasOp continues offstage, he has been the Chairman of the Society for many years.  During his time as Chair Fred has secured funding and grants for the group and is always working hard in the background doing everything he can to help push BasOp along. Along with his wife Tina who is much loved by all members as our resident hairdresser, tea lady and general shoulder to cry on, they are the beating heart of the Society which simply would not exist without them!